California Consulting LLC is pleased to welcome the City of Westminster as our newest client.

Westminster was founded in 1870 by Rev. Lemuel Webber as a Presbyterian temperance colony. The name is derived from the Westminster Assembly of 1643, which laid out the basic tenets of the Presbyterian faith. For several years of its early history, its farmers refused to grow grapes because they associated grapes with alcohol.

Westminster is landlocked and bordered by Seal Beach on the west, by Garden Grove on the north and east, and by Huntington Beach and Fountain Valley on the south.

Westminster surrounds the unincorporated area of Midway City, except for a small portion where Midway City meets Huntington Beach to the south. 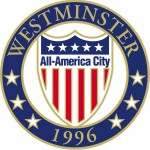 City of Westminster won the All American City Award in 1996.